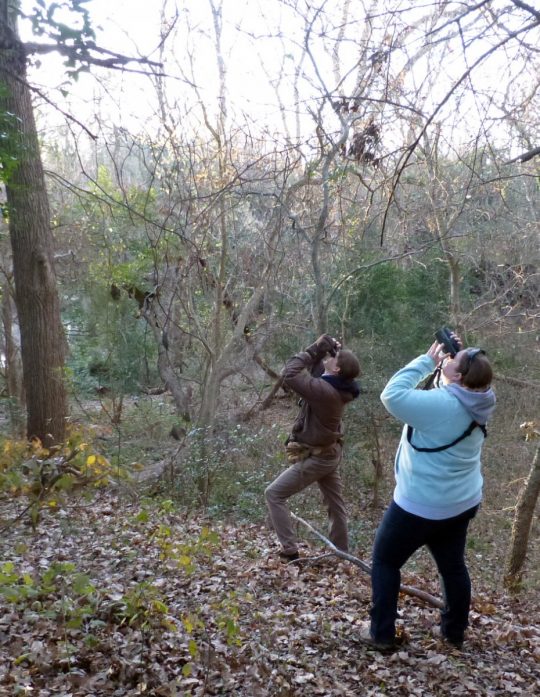 The Christmas Bird Count (CBC) for San Marcos was held December 16 with eight teams with a total of 41 members, starting before sunrise and going to sunset with only a break for lunch. “Although it takes a lot of effort orchestrating a nationally-recognized bird count across the greater San Marcos area, I am grateful for all of the support and assistance I get from dedicated leaders and participants. The survey would not be successful without enthusiastic people who deeply care about the birds and their importance to our ecosystem,” said Rebekah Rylander, doctoral candidate at Texas State University and organizer of the CBC for San Marcos the last three years. Seven of the eight team leaders were composed of current or recent graduates of Texas State. https://www.audubon.org/conservation/history-christmas-bird-count

According to the Audubon’s website, “Prior to the turn of the 20th century, hunters engaged in a holiday tradition known as the Christmas ‘Side Hunt’. They would choose sides and go afield with their guns—whoever brought in the biggest pile of feathered (and furred) quarry won. Conservation was in its beginning stages in that era, and many observers and scientists were becoming concerned about declining bird populations. Beginning on Christmas Day 1900, ornithologist Frank M. Chapman, an early officer in the then-nascent Audubon Society, proposed a new holiday tradition—a ‘Christmas Bird Census’ that would count birds during the holidays rather than hunt them.”

Audubon’s 2014 Climate Change Report is a comprehensive, first-of-its kind study that predicts how climate change could affect the ranges of 588 North American birds. Of the 588 North American bird species Audubon studied, more than half are likely to be in trouble. Audubon’s models indicate that 314 species will lose more than 50 percent of their current climatic range by 2080. 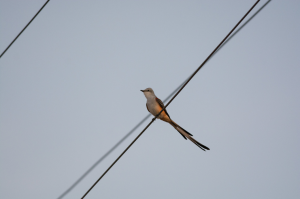 Rylander said, “The information that we gather from these surveys is actually collected by the National Audubon Society. They (and other entities) analyze the data and can assist state, county, and non-profit organizations in making policies and regulations on game species, migratory species, etc. So even though the CBC is a ‘citizen science’ it has been going on for a long period of time to where we can see trends and examine how humans are impacting their environment.”

Rylander summarized the effort; “We ended up with 132 species, which is our highest yet! Sixteen species needed documentation, and highlights included Wilson’s Warbler, Louisiana Waterthrush, Common Gallinule, Sage Thrasher, and several others. The Fork-tailed Flycatcher seen in section 7 (east of IH-35) ended up being a 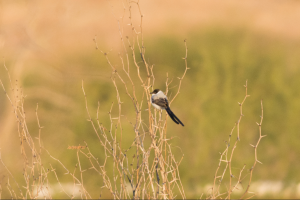 county record and the sixth sighting of the species in central Texas.’

Monthly bird walks are sponsored by the San Marcos Greenbelt Alliance and led by Stephen Ramirez (7 years) and Colton Robbins (4 years). They happen on the first Saturday of each month at sunrise. To get on the mailing list, contact Stephen at birdsiview.org Also check-out the facebook page, San Marcos Bird Walk on Friday before the walk.