The Fifth Annual Naturescapes event was better than ever. We had great photographs submitted this year, and you must really be busy if you haven’t gone down to the Activity Center to check them out. Before the awards presentation, the Crystal Creek Boys enlivened the atmosphere with acoustic magic, while Linda and helpers Leah and Hayat cranked out mucho munchies. Top all that off with a silent auction and some awesome greeting cards featuring 10 of the photographs from last year, and it’s the makings for a good time.

The presentation this year opened with some remarks by SMGA president Todd Derkacz noting how paintings and photographs have played a key role in the conservation of parks and natural areas since the idea first gained public attention early in our nation’s history. The winners were then announced and the festivities continued. Some pics from Lance Jones will say more than words: 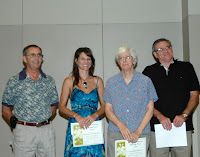 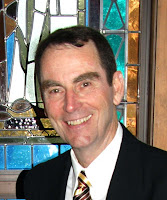 Great crowd in attendance applauding our judge Greg Lasley (right photo) and two of our winners Carol Watson and Paul Keese who could not be present.

Thanks to all the volunteer members of SMGA, Hill Country Photography Club, The Arts Council and to the staffers at Parks and Recreation who make it possible.