Growing up, I had one image of lizards: they were those little green things that occasionally escaped from the aquarium in my big brother’s room and sequestered themselves in every corner of the house. We called them “chameleons” simply because they were able to change color in order to camouflage themselves.

Of course, they weren’t chameleons—not really—but, rather, anoles. A member of the Chamaeleonidae family, the true chameleon is a fierce looking (the name means “earth lion”) lizard that is native to Africa, southern Europe, and southern Asia. In contrast, the anole is a smooth-skinned innocuous-looking member of the iguana family found from the southern U.S. down into South America.

Texas spotted whiptail. Notice the exceptionally long tail, the sturdy legs, and the long toes on the rear feet.

Since those days of chasing my brother’s anoles around the house, I’ve learned a little more about lizards, but not a whole heck of a lot. That’s why when my friends and I came across a lizard on Styx the other day, I was stymied. “Striped lizard?” I wondered aloud. “Fast lizard?” Clearly, I had some homework to do.

It turned out that what we had seen was a Texas spotted whiptail, one of the most widely distributed lizards in the state. I’m sure I’ve seen one of these before, but I don’t know if I was aware of its name. The length of the creature’s tail should’ve told me what it was.

Indeed, this lizard’s tail can account for up to 65 per cent of its length, which averages 7-9 inches. Beyond its long tail, which can be regenerated if a predator bites it off, the Texas spotted whiptail can be identified by its 7 or 8 light-colored stripes along a brownish back, with numerous light spots scattered randomly between the stripes.

Finding the Texas spotted whiptail in Upper Purgatory made perfect sense, given the lizard’s preference for rocky, arid landscapes. That said, this species is found in every ecozone throughout the state, with the exception of parts of East and far North Texas.

According to Nature Watch Austin, whiptails “belong to the genus Aspidoscelis, from the Greek aspido or ‘shield’ and skelos or ‘leg’, relating to their well-developed limbs that enable them to sprint at rapid speeds. Terrestrial and diurnal, these lizards are primarily carnivorous or insectivorous, actively foraging for food while temperatures are warm, and quickly skirting between objects for cover.” True to type, the Texas spotted whiptail I observed was fast, darting onto the trail, stopping, checking its surroundings for danger, and then taking off again. 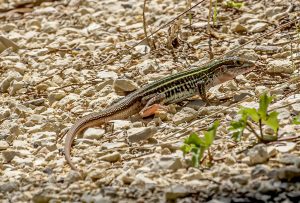 To my surprise, the Texas spotted whiptail has something in common with snakes, something beyond being cold-blooded. According to backyardnature.net, “As with all members of the Whiptail and Racerunner Family, the Teiidae, prey is located by sight, smell and sometimes by taste, the latter by means of a long, protrusible, deeply-forked tongue.” The Texas spotted whiptail can and will bite with its tiny teeth if provoked—say, if you’re silly enough to try to catch it—but it lacks venom.

Would I have noticed this lizard if I hadn’t been with keen-eyed friends? I don’t know. More talented at spotting things that don’t move, such as flowers and trees, I’m sure I miss a great deal. And in Texas, there’s definitely a lot to miss.

Just FYI, Texas has the distinction of having more species of reptiles than any state—46 species of lizards, 70 snakes, and 23 turtles. In every category but one but—Alabama has 24 species of turtle, and Florida has 23—Texas outdoes the rest. 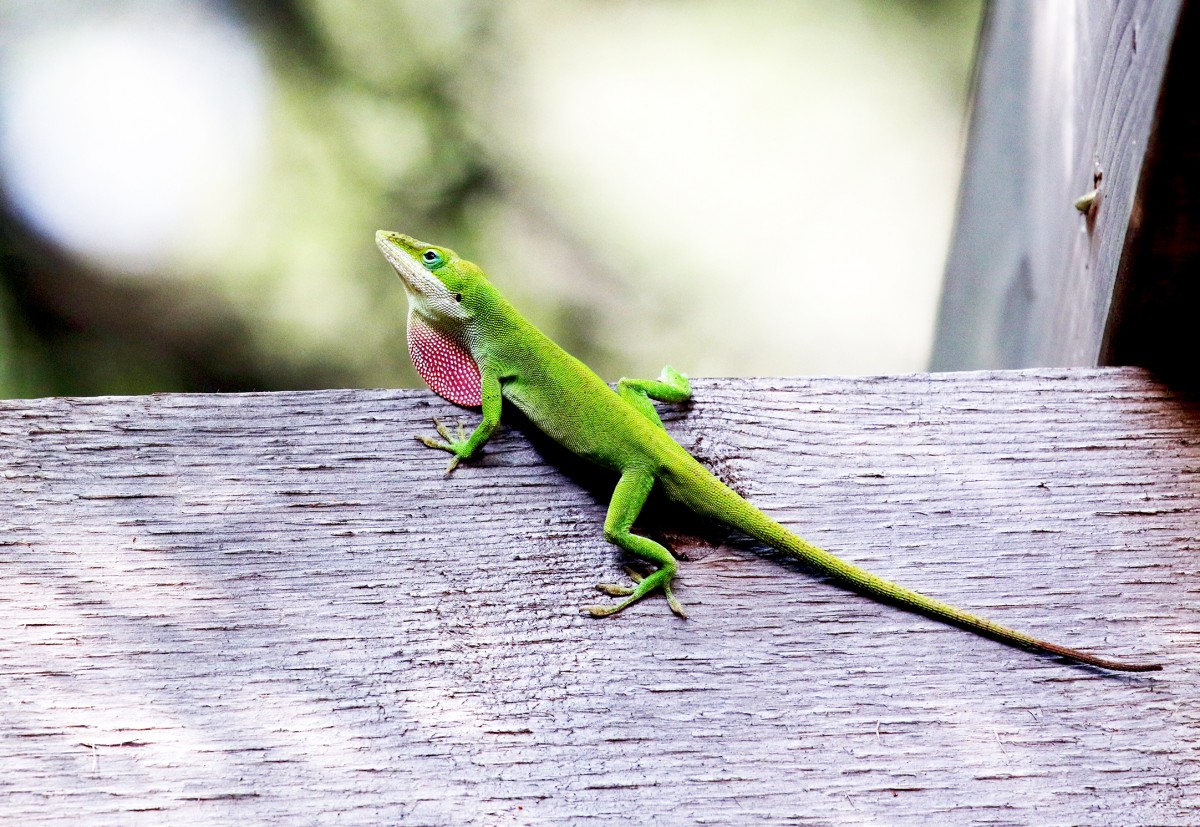 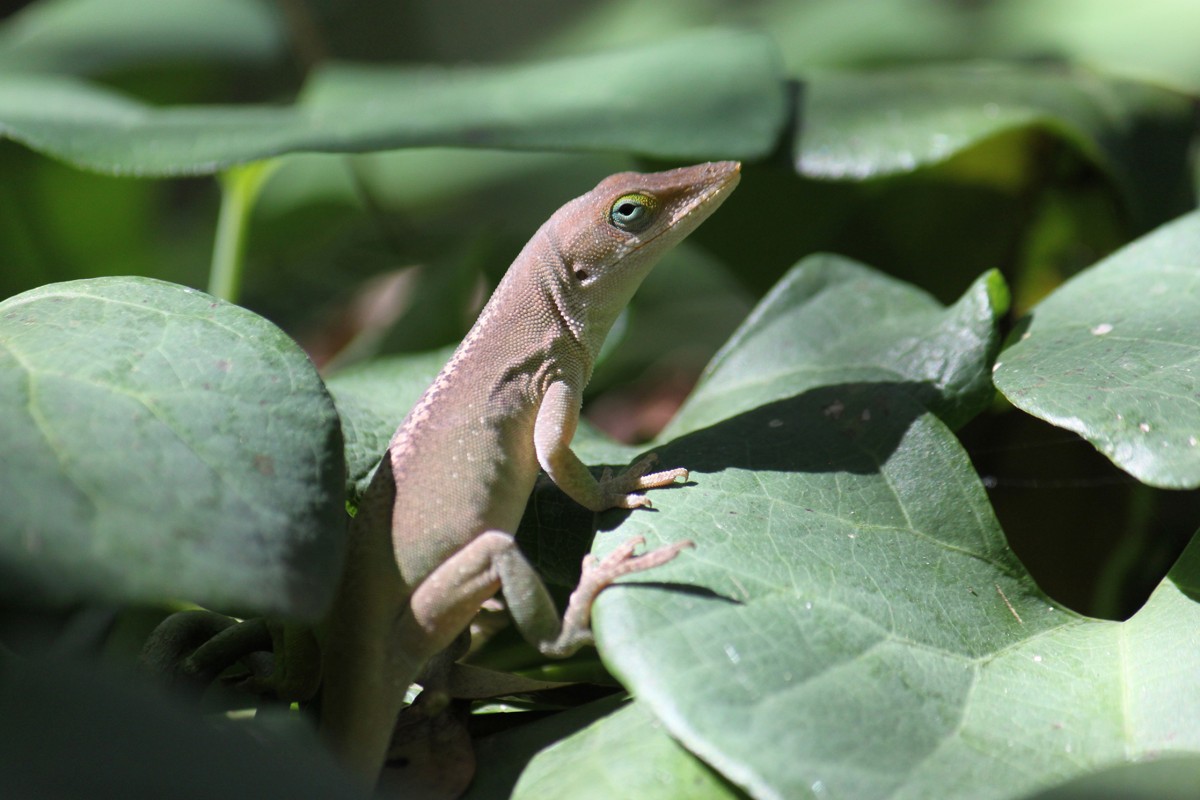 Written and photographed by Susan Hanson, editor of the Loop, SMGA board member, and member of the Outreach Committee.