The slate of candidates who have agreed to serve as members of the SMGA Board are Jon Cradit and current board members Andy Nance and Jason Julian, who are completing their first three-year term. Jon is running to fill the slot of outgoing member Stephanie Langenkamp, while Andy and Jon are seeking second terms.

Members will have an opportunity to vote on this slate at SMGA’s annual meeting on March 28. Information about each nominee follows. 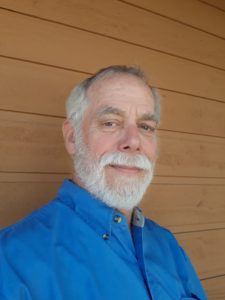 Jon Cradit was raised in Martindale, running up and down the river and swimming in it with every chance. He grew up knowing how important the river is and learned how fragile the natural system that supports it is. As a kid he enjoyed camping with the local scout troop and eventually became a scoutmaster and a committee chair.  A graduate of Southwest Texas State, with a degree in environmental management, he worked several years for Texas environmental regulatory agencies, and then moved to the Edwards Aquifer Authority, where he conducted karst studies and groundwater flow research from Uvalde to Kyle.

Jon earned a state license as a Professional Geoscientist and a Registered Sanitarian. His main pastime is caving. He’s a member of the state caving organization and a Fellow in the national caving association. He has caved throughout the US and Mexico, enjoying the karst systems from the inside. He and his wife, Lisa, were early members of SMGA and SMRF. Jon has served as a director of SMRF and currently works as part of SMGA’s Trail Crew. 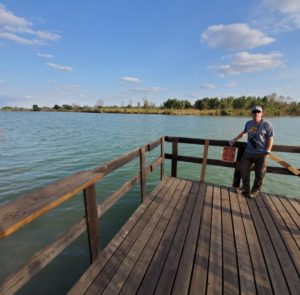 Dr. Jason Julian is an Environmental Geographer and Professor at Texas State University, where he teaches and conducts research on nature-society relationships, water resources, and protected places. Many of his research projects, which are published in books and scientific journals, are conducted in the parks and natural areas of San Marcos and around Texas. The findings from this research help us manage our parks and natural areas. For example, by showing that Purgatory Creek Natural Area receives about 100,000 visits per year, we are now able to obtain more funding and resources to take better care of this valuable asset to the community.

Current projects include (1) working with other professors and students at Texas State to determine the sustainable carrying capacity of the San Marcos River, and (2) writing an environmental history book on Texas State Parks to celebrate their upcoming centennial in 2023. In addition to being on the Executive Board of SMGA, Dr. Julian also serves on the Conservation Committee, where he helps identify and research future protected places for San Marcos. In his little bit of spare time, Jason enjoys outdoor activities with his family, including hiking, kayaking, and biking. 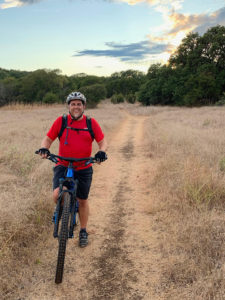 Andy Nance is proud to have served on the SMGA board for the past three years and is looking forward to a second upcoming term. Andy completed his Masters of Architecture in 1996, graduating from the University of Texas at Arlington. His interest in architectural ideas and forms prompted him to travel extensively throughout Europe and the United States, visiting many of the great buildings of the world.

After graduating he moved to New York City and worked for Skidmore Owings and Merrill on large-scale international projects. His experience in the city has been an invaluable resource for architectural ideas and strategies. Following New York, Andrew moved to Boulder, Colorado, where he was an integral part of a design build firm, broadening his skill set managing construction projects.

Andy moved to San Marcos in 2003 with his wife, Michelle, who teaches at Texas State, and was instantly drawn to the newly developing greenbelt spaces around the city.  He is currently the chair of the Conservation Committee, which works with the COSM, land owners and regional conservation partners to identify possible new and existing real estate to better connect our green spaces. Though he is an architect and builder by trade, he really loves connecting with nature on our trails.