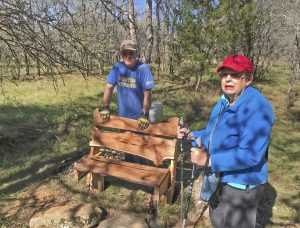 I stopped in Spring Lake Natural Area for a short walk before going to the grocery. Along the way on Centipede, a man greeted me. Scott Henize said, “Hey Marilyn, they just put up a bench up ahead. Go see it.” So, I did. It was in a nice setting just off the trail, looking toward the meadow and hill, suitable for bird watching. They were so proud of it! I congratulated them on getting it done and putting it on Centipede, and said I hoped they would do more like that. They said they will. They had me sit on it to make sure it wouldn’t dig into the back of my legs, and it didn’t. It was a big surprise, and I was happy to see it.​​ 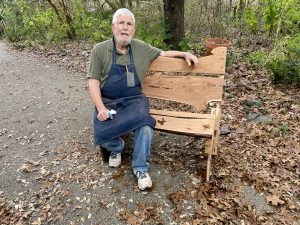 The new bench, which is located between markers 15 and 16 on Centipede, was very much a community effort. Thank you to the following for their contributions: 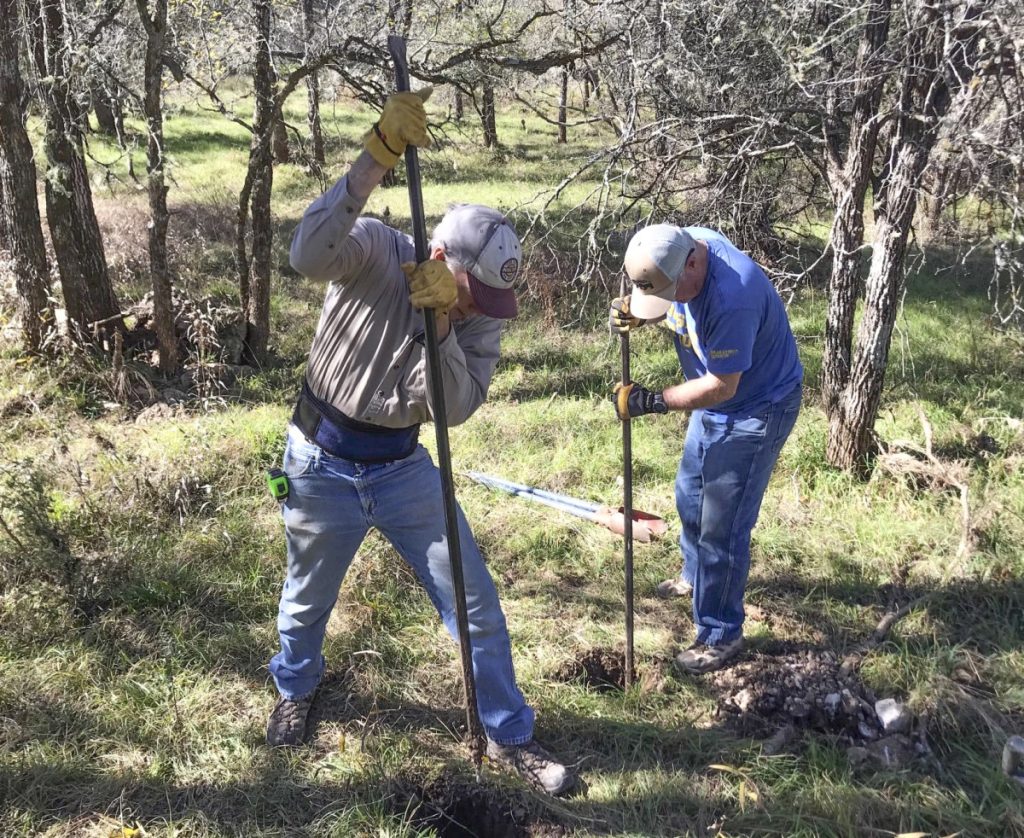 Scott and Joel with pry bars 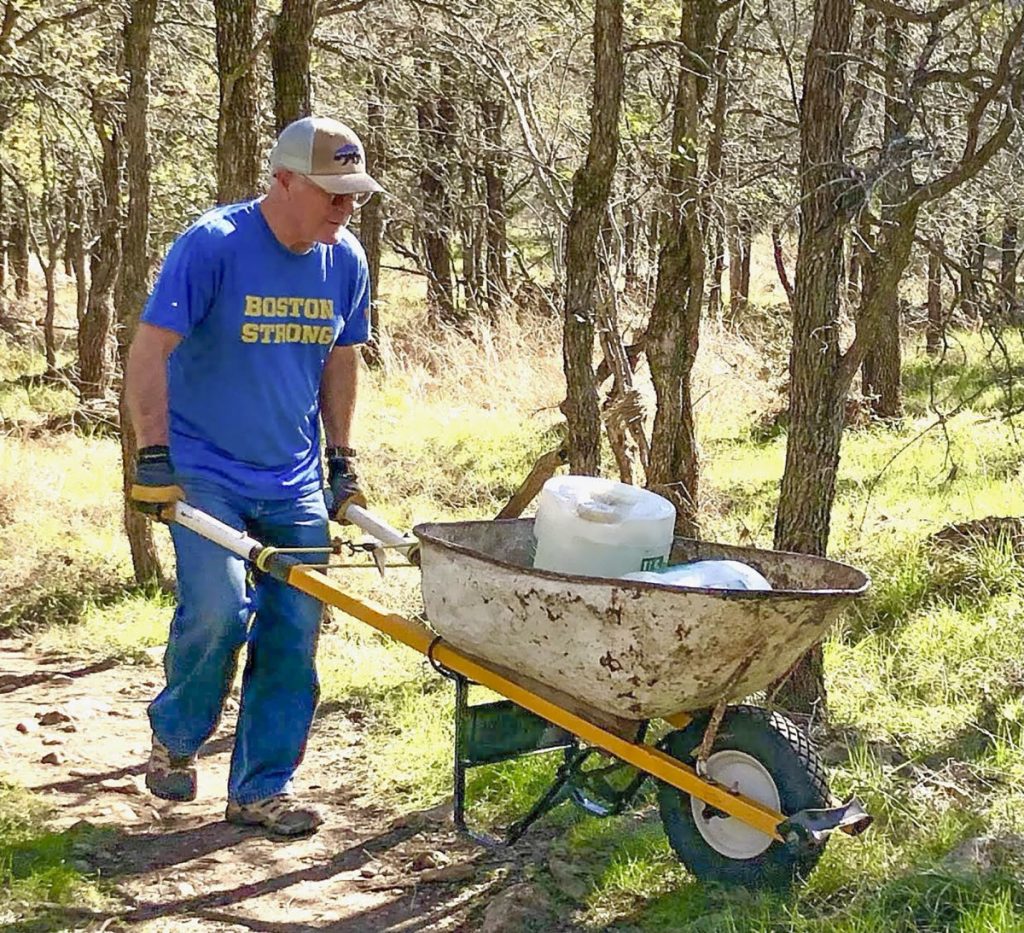 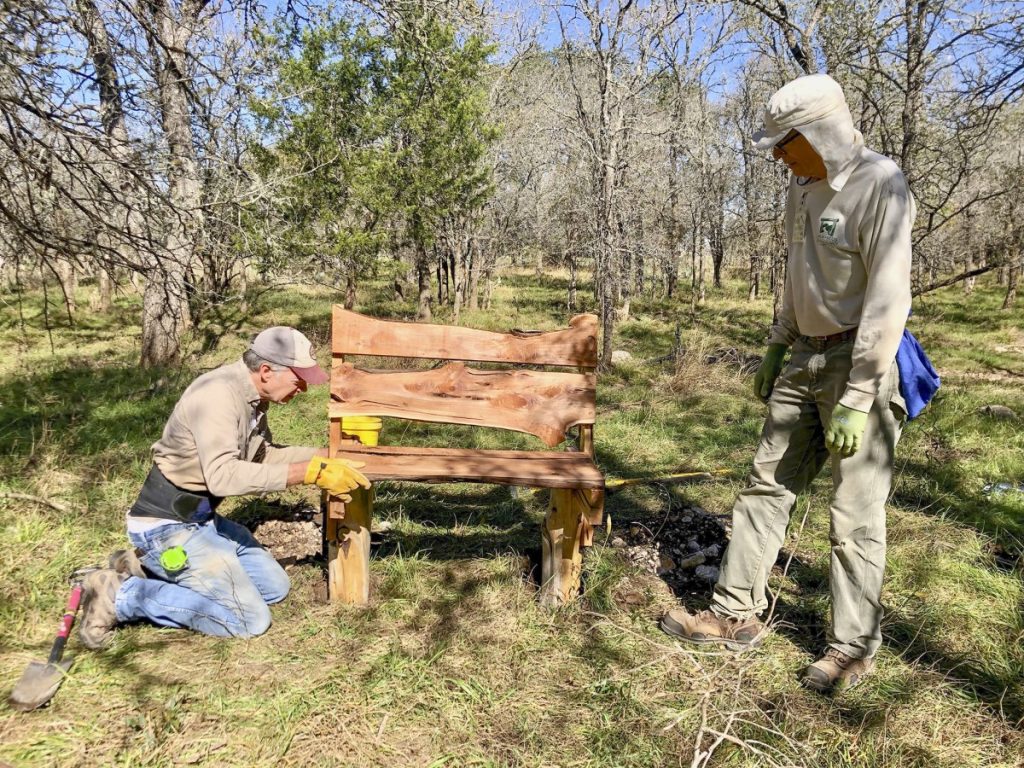 Scott and Todd leveling the bench 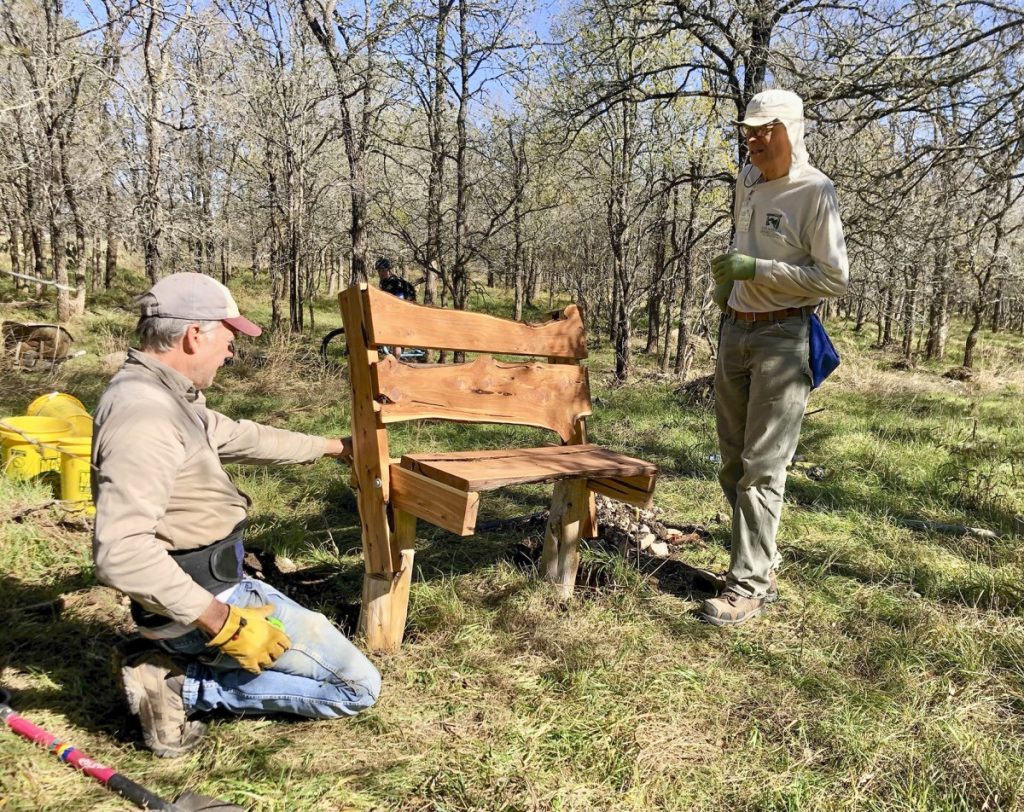 Joel and Todd admiring their work