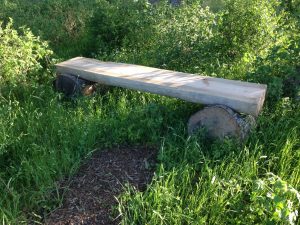 When the pandemic began—that would be about 20 months ago, in case you’ve been busy and haven’t kept up with such things—my husband, Larry, and I developed a practice that we’ve continued until this day. Every Thursday, weather permitting—and it usually does—we go to some natural area to hike, look for birds, and take pictures. Sometimes that “hike” is more like a short walk or a leisurely stroll. Sometimes it’s just hanging out and waiting to see what happens. Sometimes we observe a lot of birds, but mostly we don’t; we have a knack for going out at the wrong time of day, or, unfortunately, during a less than optimal month. 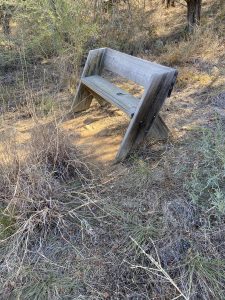 I’ve tried to keep a running list of all the places we visited these last 80 or so Thursdays, but I’m sure I’ve left out a few. That said, I’ve counted 78 thus far—city and county parks, state parks and natural areas, federal wildlife refuges, private sanctuaries. We’ve visited some of these places multiple times, and in some cases, we’ve stopped at more than one on a single trip. In a few cases, I’ve included a birding adventure that occurred on a different day or even on a longer trip—say, to the Texas coast.

Initially, this practice was a way of getting out of the house during the scariest months of COVID-19. We were doing almost everything else either virtually or without human contact; we were “going to church” on our laptops in the living room, buying groceries online and having them delivered to our car, and “dining out” by picking up a to-go bag at one of the few restaurants open for business. The idea of being outside, breathing real air, and walking farther than the distance between the bathroom and the kitchen had a real appeal for us. Throw in birds to photograph, and going on a weekly adventure was a no-brainer. 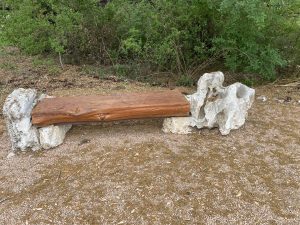 The upshot of all of this is that we became connoisseurs of sorts; we began critiquing the features we did and didn’t like in every park we visited. (I use the term “park” loosely here to include natural areas and refuges as well as actual parks.) Signage and maps became a real issue for us; when we got horribly lost in Berry Springs Park and Preserve in Georgetown, for example, we realized the difference that good wayfinding would have made. We evaluated the kinds of markers used to identify trees and other native plants: Were they durable? Did they include a photo of the plant? Was the specimen that was identified still alive? We found that the system worked better if it was. Of course, we also assessed the trails themselves, “trails” that ranged from paved footpaths to rocky goat tracks. And we gave extra points to the venues that had good bird blinds, with South Llano River State Park getting the prize. 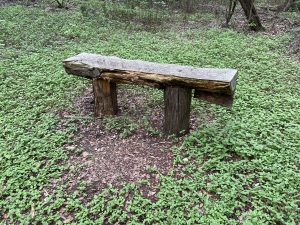 Of all the elements we rated, however, none became quite as much of an obsession as the benches: Were there enough? Often not. Were they in the shade? That depends. Were they comfortable? Some, such as those in McKinney Roughs Nature Park, were made for people with exceptionally long legs, and definitely not for us. Were they attractive, or, at the very least, interesting? I’ll let you be the judge of that.

I can do this because my husband took pictures of them all. While I was busy photographing birds and rivers and trees, he was occupied with documenting every bench we saw. Of course we tried them all out, given that we always appreciate a rest stop when we’re out on a hike. But instead of merely enjoying the bench, Larry had to study each one, determining if it could be replicated and, if so, how. What was his favorite? I honestly don’t remember, but I suspect that it was one of the several I’m including here.

Regardless of the style of bench you prefer, I like what writer Maya Angelou had to say about them all: “Each of us needs to withdraw from the cares which will not withdraw from us. We need hours of aimless wandering or spates of time sitting on park benches, observing the mysterious world of ants and the canopy of treetops.” 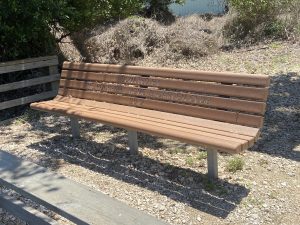 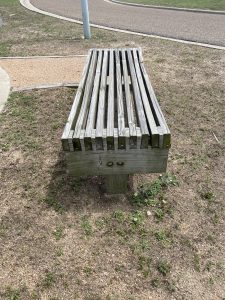