Before the sun was up on Saturday, December 17th, birders were meeting to start the annual Christmas Bird Count in the greater San Marcos area.  Although the forecast called for a chilly morning turning warm in the afternoon the drizzly rain was a surprise. This might put a damper on the birds but the binocular and scope group was ready to search.
Texas State doctoral candidate, Rebekah Rylander, organized 42 birders into teams that would cover seven different areas of the Hill Country and Blackland Prairie landscapes. The 15-mile diameter circle with San Marcos at the center covers wooded, rocky hills, open fields and ponds, lakes and rivers was

expected to yield a variety of bird species.
Colton Robbins led the birding group in section seven that covered the fields and large ponds south of San Marcos from the Blanco River to the outlet malls. “Our most interesting sighting was a tie between a pair of Great Kiskadees doing their loud squeaky call back and forth, and a dark morph Red-tailed Hawk also known as a Harlan’s Hawk soaring over the Blanco River. Both are rare in Hays County and were exciting to see,” Colton said. 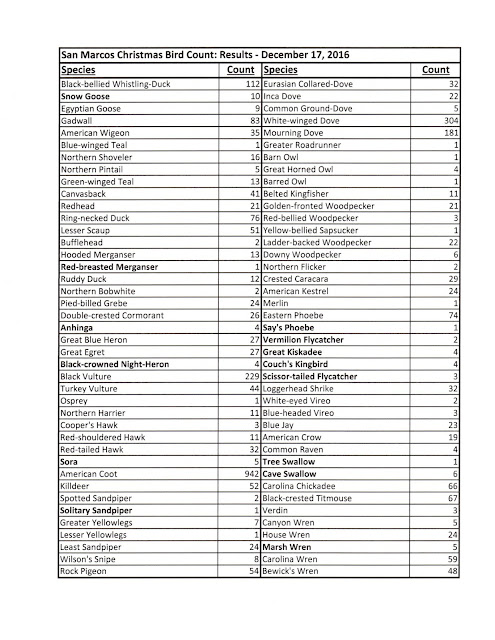 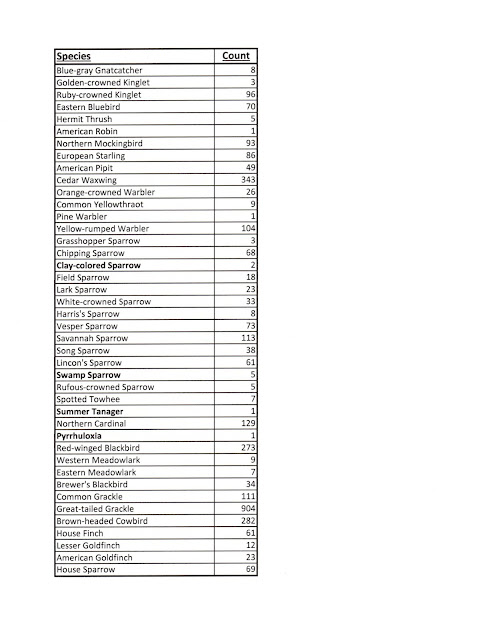