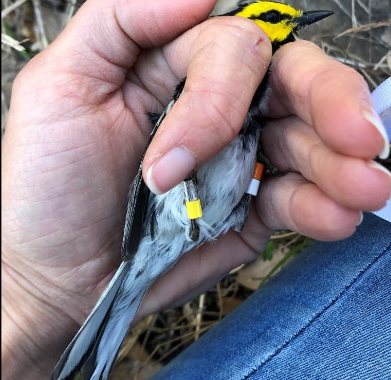 The pandemic notwithstanding, 2020 was a good year for collaboration between SMGA and Texas State University. It marked both the completion of the inaugural SMGA Fellowship projects, and the creation of promotional/educational materials by two Texas State classes. 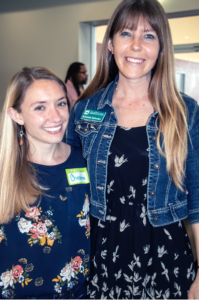 At the annual meeting in February, members heard from graduate students Rebekah Rylander and Christina Lopez, the first recipients of the $2,000 fellowships. Rebekah, who has worked for several years on the endangered golden-cheeked warbler, led a team of undergraduates in determining the “bird’s abundance and habitat use” in areas of Spring Lake Preserve, Upper Purgatory Creek, and Uber Purgatory, as well as at the University-owned Freeman Center. Christina’s research, as she noted in her report, sought “to understand motivations of SMGA volunteers in order to provide SMGA with useful information for targeting and outreach.” A secondary goal was to “understand whether participation in SMGA activities  is linked to spillover effects, whereby volunteers bring knowledge gained through SMGA to bear on their home and/or community lives.”

In the fall, Outreach Committee members Diane Phalen, Monique Tschurr, and Susan Hanson, along with SMGA member Maggie Hutchins, assisted two Texas State classes in planning and creating projects to benefit SMGA. With guidance from Monique and Diane, students in

Dr. Karen Smith’s Marketing for Social Change developed a campaign to encourage trail users to clean up after their pets. After doing research on the best ways to influence their peers, the students created two posters, which they published on Instagram. They followed this posting with an analysis of their success, both in the number of users reached and the impact the campaign had on the trails.

The second project was created by students in Dr. Colleen Myles’ Environmental Interpretation class. After hearing from Susan and Maggie, who made a short presentation on the history and work of SMGA, the class developed five short videos, each focusing on pairs of similar plants, one native and one invasive. These are now available for viewing on SMGA’s YouTube channel.

Although these projects are complete, SMGA’s current fellowship students are at work on their own research. Doctoral student Raihan Jamil is exploring “the distribution and connectivity of  urban greenspaces, undeveloped lands, and trails” in San Marcos. As Raihan stated in his proposal, “High-quality habitat networks will be identified and mapped, and resource  managers can choose the  best opportunities to improve habitat connectivity and biodiversity.” An undergraduate in the Honors College, Haley Tacker is conducting a survey of invasive species—specifically ligustrum and nandina—in Spring Lake Natural Area and Prospect Park. The purpose of her inventory is to “help with the logistics and coordination for organizing the mechanical and chemical removal efforts” by the SMGA Trail Crew.

In a normal year, Raihan and Haley would be presenting the results of their research at SMGA’s annual meeting. Because plans have yet to be made for that meeting, arrangements for the students’ presentations are also to be announced.