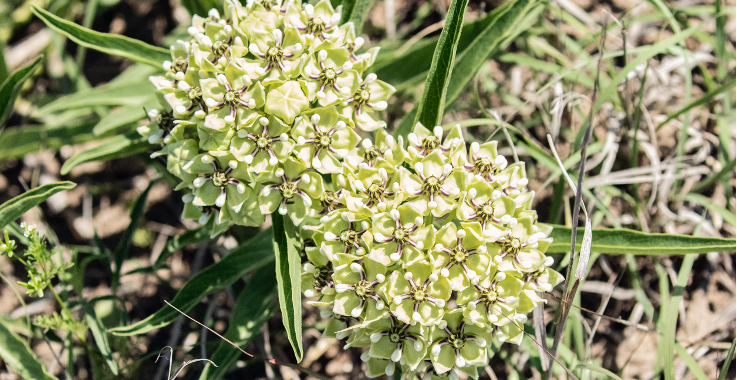 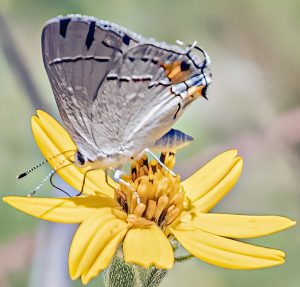 Who doesn’t love butterflies? Okay, maybe that’s not the best question to start with, as I actually had a student once who was afraid of these delicate creatures. The result of an unfortunate childhood encounter? I’m guessing that it was. This exception notwithstanding, though, most people do indeed enjoy having butterflies in their garden, and many wonder how they can attract them more successfully.

The answer isn’t hard: Provide plenty of plants with bright, aromatic (if possible), easy-to-land-on flowers, and maintain a good assortment of host plants—that is, plants that caterpillars like to eat. Offer these two things from February to November, and you’ll have a pretty good chance of enticing butterflies to your landscape.

If you aren’t sure what to plant, a stroll through the Greenbelt is always a good place to begin. Take note of what’s blooming and what butterflies are attracted to it, and then look for those plants at your favorite native plant nursery. It’s not rocket science at all. 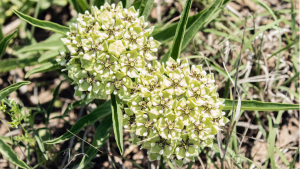 So what are some good options? One of the most obvious right now is antelope-horns milkweed, which is currently in bloom. This clump-forming perennial is best known as a food source for both queens and monarchs, the latter of which are critically threatened. Although antelope-horns is the most common species of milkweed in Texas, the monarch will feed on any of the 10 species the National Wildflower Center lists as native to our area. One of these, however, is the subject of some controversy. Tropical milkweed (Asclepias curassavica), the showiest and most readily available of all milkweeds, is thought to be detrimental to monarchs in several ways:

Side note: A good substitute for tropical milkweed (Asclepias curassavica) is the native butterfly weed (Asclepias tuberosa), which has a similar appearance. Unfortunately, this plant is uncommon in the wild in our part of Texas, but it’s available in many nurseries. Butterfly weed is host not just to monarchs, but also to the queen, soldier, and gray hairstreak butterflies.

A final question about milkweed concerns the native pearl or green milkweed vine (Matelea reticulata), which grows in shady areas throughout the greenbelt. Is this often-inconspicuous plant a host for monarchs, too? Most sources say yes, though its role seems less obvious than that of its more robust cousins. In any case, it’s a desirable plant not only for its benefit to wildlife, but also for its “ green star-shaped flowers with a pearly iridescent center” that the National Wildflower Center describes as “lovely and curious.”

Other Greenbelt natives that serve as host plants to butterflies include the following. This partial list comes from Preservation Texas and has been edited to include only plants likely to be found in the Greenbelt. Many of these are also nectar sources but may not currently be in bloom.

Checkered Skipper—Plants in the Mallow family

Written by Susan Hanson, member of the SMGA board, chair of the outreach committee, and editor of the Loop