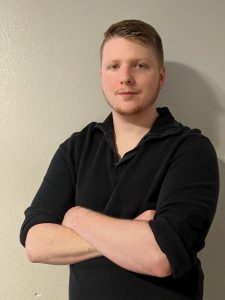 In June of 2021, otherwise known as Mid-Pandemic, Texas State student Ian Long approached SMGA about doing an internship with our organization. We agreed, after which came the process of selecting a suitable project. Several ideas were batted around, with some being dismissed as too broad, too complicated, or too ambitious. What Ian and SMGA ultimately settled on was to create an interpretive sign explaining the history and purpose of the dam in Lower Purgatory. The assumption was that trail users who weren’t in San Marcos in 1970, or even in the decade following, might have no idea why this dam exists. Thanks to Ian’s sign, though, they now will. 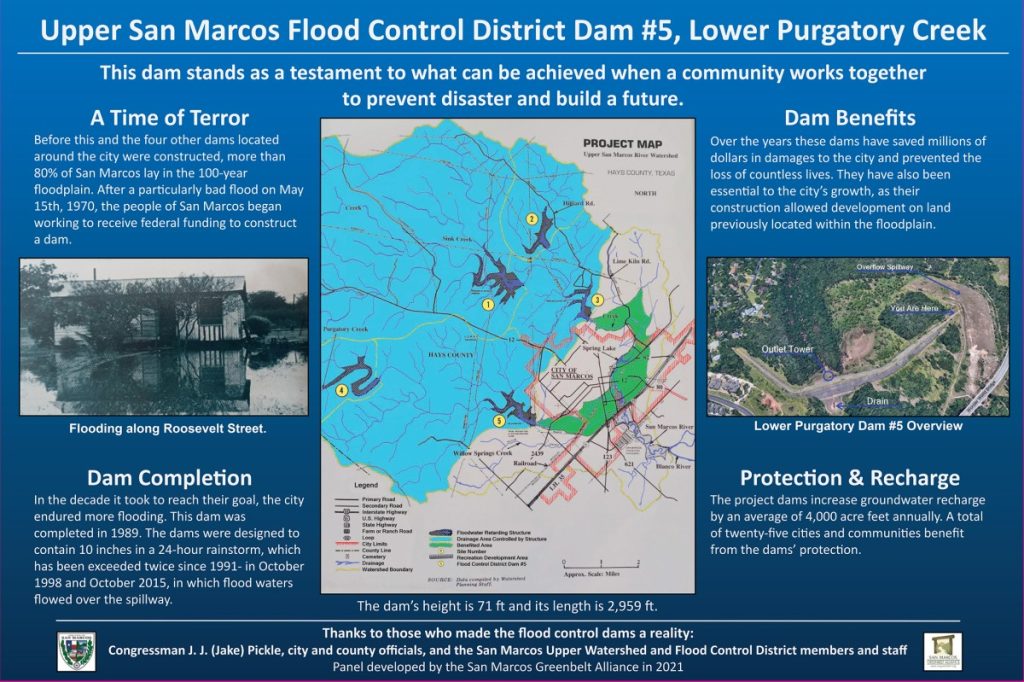 What they will learn is that the dam in Lower Purgatory is one of five such dams constructed around the county after a particularly bad flood in in May of 1970. Completed in 1989, Dam #5, like the others, was designed to contain 10 inches of rainfall in a 24-hour period. Besides protecting San Marcos and other communities, the dams have expanded groundwater recharge capacity significantly.

As is usually the case, a village came together to help Ian complete his project. Some SMGA members helped research the origins of the dam, some helped with the text used on the sign, some helped with design, some helped with installation. More specifically, these individuals played a role: Joel Barks, Todd Derkacz, Rich Earl, Susan Hanson, Scott Henize, Greg Moore, and Ben Peck. Thanks to all of them! 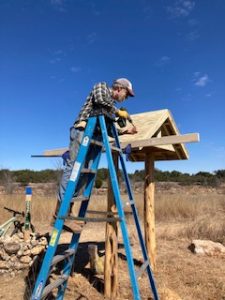 Scott Henize at work on the kiosk 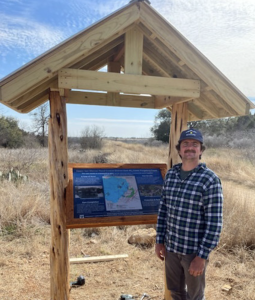 Ben Peck with the finished product